Skip to content
Text:
Acts 16:16-34 & Revelation 22:10-14
“Actions of Being”
A common misnomer in our thoughts these days is this: If it gets the job
done then it’ll do. This seems to be the bottom line in doing what one must do to
survive. Unfortunately this type of rationale pays little to no respect 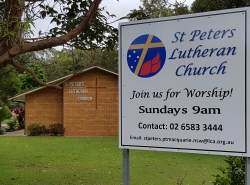