It has been said that a good preacher begins well and ends well and keeps the two fairly close together.

The father came home late one night after a long day at work. He was tired and 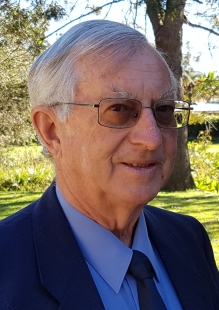 verging on becoming irritable. He hoped his family was asleep. he just wanted to go to bed and sleep.

But as he closed the front door a voice came from his youngest sons’ bedroom, “Is that you Dad”? The father answered wearily “Yes Jimmy I’m home”.

“Would you come here for a minute Dad”?  The father was almost going to say, “leave it until morning. I’m too tired”?  But he didn’t. Instead he went wearily to his sons’ room. As he sat on the bed, young Jimmy took  his father’s hand and squeezed it and said, “I just wanted to touch you before I went to sleep”.

What kind of relationship do you want to have with Jesus?

Now Jesus’ behaviour was very radical for those times. WHY? Jesus is received into a woman’s house and teaches women. No self-respecting rabbi would spend time teaching a woman. Jesus’ action would have been seen as quite scandalous.

Jesus’ primary concern is for people to have a deep/meaningful relationship with him. What Jesus means is not just things like “ Don’t stay at home on Sunday to cook the roast. Make sure you go to church first”. That may sound a bit of a crass  interpretation but I can remember hearing that kind of meaning given to this story.

Nor is Jesus simply saying, “ Don’t get so wrapped up in the things of life that you have no time for God”.

Now both of these statements might be true, but what Jesus is getting at goes much deeper than that. It goes to the fundamental need/longing within us for closeness with God. That is the point Jesus wants to emphasize.

When Jesus called the disciples to follow him, he was really calling them to “be with him”. They couldn’t follow him without being “with him” That was the disciples’ main task- simply to spend time in Jesus’ presence.

And that is what Jesus wants us to see in the story of Mary and Martha. To live as Martha was to live in danger of being drawn away from and not making her spiritual growth a priority.  It is precisely Martha’s pre-occupation with busyness that eventually kills spiritual growth. You see Martha wanted to serve Jesus. What she didn’t understand was that at that particular time, Jesus came to serve her. What Martha failed to see ( despite her good intentions) was that it was more important for Jesus to teach her than for her to serve him.

From Martha’s perspective her sister Mary was being lazy- avoiding her responsibilities. But that was not the case at all. Somehow Mary knew instinctively that it was more important to spend time in listening to Jesus. So may grew spiritually-her faith came alive-she had a growing sense of closeness to Jesus-simply because she spent time in his presence. Somehow she instinctively knew that the most important thing in her life was simply “being in the presence of Jesus”. That helped her sort out her priorities-evaluate what was really important in her life.

You see if you don’t do what Mary did-spend time with Jesus- the danger is that you end up with the life of Martha-where you become resentful-and even the service she offers to Jesus is seen as drudgery.  There is no sense of joy- no spontaneity in Martha. Everything is seen as duty-and while the Martha’s of this world carry out their duties-responsibilities. They do so with a feeling of resentment.

And when you operate on this basis- 1 or 2 things can happen.

The Apostle James says “ DRAW NEAR TO GOD AND HE WILL DRAW NEAR TO YOU”.  Tell me, Do you intentionally try to draw near to God? Do you spend time in reading the Word-listening to the Word-meditating on it.

Perhaps we are something like the wife who said to her husband when they were out driving, “ You know Dear, we don’t seem to sit as close to each other like we did before we were married”. Her husband replied, “Well I haven’t shifted”.  In those times when we are not feeling close to him, Jesus says, “ I haven’t shifted. You just don’t spend the time with me in order to feel close to me”.

And when we are not spending time with Jesus our relationship with him suffers. Just like any other human relationship suffers if people don’t spend time with each other-marriage-friendship.

Mary chose to be with Jesus. She could have made other choices. She could have been like Martha and been too busy to spend time with Jesus. You see, being close to Jesus doesn’t just happen. We have to make it happen. Mary deliberately chose  to enjoy the closeness of the relationship that Jesus offered her.

The same thing applies to us. We have to choose to make time to spend with Jesus. Whether it is 5-10-20-30 minutes. It is not so much the amount of time. Rather it is about taking your relationship with Jesus seriously enough so that you will spend whatever time you can make. And that will vary from person to person-situation. I remember a mother with young children in Melbourne who would pray with the children as she drove them to school-teaching-modeling to her children the importance of spending time with God.

But it all begins with a decision –choice –to spend time with Jesus. And it’s not too late for anyone to begin. It only needs the decision-resolve to follow though. And if you think that it is going to be too hard to do alone, then find someone else to do it with- to pray-support-encourage you. How you do it doesn’t matter. The important thing is that you do it- Nike ad.

Draw closer to Jesus and let your life be transformed by the touch of his hand.

In today’s reading Jesus visits a woman who is so busy in serving, that she does not have time to hear the Word. Her example is her sister Mary who as Jesus said “one thing is needed. Mary has chosen what is better”. You see it isn’t that what Martha was doing was bad. In fact what she was doing was good. It’s just that what Mary chose was better.

So to the religious expert Jesus said, “GO AND DO IT”.  To Martha he said, “ SIT DOWN AND LISTEN-LEARN FROM ME”.