“THE LORD CAN DO A LOT WITH A LITTLE”

Have you ever been asked to do something that seemed impossible? Suppose you and 5,000 people were in the middle of the Simpson Desert. It was tea time. You were asked to feed the crowd. The nearest McDonalds is well over 1,000 kilometres away. You ask everyone to pool their food. But all you can muster up is five small bread rolls and a tin of sardines. What would you do? 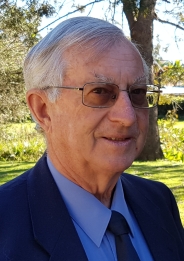 You would probably shrug your shoulders and give the person who told you to feed the crowd a look that clearly indicated you thought they were out of their mind and say something like, “You’ve got to be kidding! That’s impossible! Who do you think I am? Jesus Christ?

That might have been something like the way the disciples felt when Jesus looked at the crowd of 5,000 men (20,000 total) –and said to his disciples, “YOU feed them”-“you give them something to eat”. The disciples no doubt felt that was totally unreasonable of Jesus to ask such a thing of them.

How had this situation come about? Jesus and the disciples had gone to a remote area for some rest. Jesus had just heard that his cousin John the Baptist had been executed by Herod. He was looking for some timeout with his disciples. But the crowd had found out where Jesus was going and followed him. Jesus had compassion on them and healed the sick among them.

The disciples being practical men noticed that it was getting on towards evening. And as it was a remote spot they suggested to Jesus that he should send the crowds away to get themselves some food.  In the circumstances, it was a logical-practical-realistic suggestion.

Then Jesus dropped his bombshell.” They do not need to go away”, he said, “You give them something to eat “.  Just imagine how you would have felt if you were one of the disciples. You would have been stunned. Jesus seemed to be totally unreasonable. Perhaps Jesus didn’t realize how serious the situation was. We had better brief him – make him aware of the real situation. Tell him how little food they had been able to find. “We only have five bread rolls and two small fish”, they said. Jesus doesn’t bat an eyelid. “Bring them to me”, he ordered.

Most of Jesus’ miracles had a teaching element to them. Jesus never performed a miracle for its own sake. Every miracle Jesus performed was a demonstration that he had ushered in the Kingdom of God. And in this present case the disciples were about to learn an important lesson. They learnt that without Jesus they were helpless.  But with Jesus “all things were possible”.

Now they undoubtedly thought of themselves as being practical-down to earth men. But when they were presented with this practical problem they couldn’t manage it themselves. They had to have help from the Lord.

The disciples at first tried to avoid the problem by sending them away. But Jesus wouldn’t let them off the hook. There are times in our lives too when we try that strategy. We try to avoid-ignore them problem- hoping that it will go away.

The lesson that Jesus taught the disciples is intended for all of us. It boils down to something Jesus once said, “apart from me you can do nothing”. We all need God’s help throughout our life. We simply aren’t always smart-strong-capable enough to deal with Life’s problems. Like the disciples’ we need to learn to rely on Jesus and his power to meet the challenges of life.

Ephesians 3:18 says, “God is able to do far more than we can thing or imagine”. With God’s power-guidance- with Jesus’ help-support we can move from the realm of “impossibility thinking” to “possibility thinking”.  What was impossible for the disciples by themselves became possible when Jesus added his resources.  We may not always have the resources-abilities to help people facing difficult problems. But we do know someone who does have the resources-Jesus. Bringing people to Jesus can be the very best thing we can do for people-especially when the problem is beyond our capacity to deal with. As it was the case with the disciples.

And if Jesus could meet the needs of all those people in the wilderness almost 2,000 years ago couldn’t he also meet the needs of people today? How many of you believe that?  “Jesus Christ the same yesterday, today and tomorrow”.

And yet there is another side to this miracle that we need to look at. The disciples were important to Jesus’ plan. He didn’t say to them, “Get out of the way-you are all useless. I’ll do it myself”.  He could have said that but he didn’t. After he had blessed the food he gave it to the disciples-who had the important task of distributing the food.

Certainly the resources-food- came from Jesus but the disciples had their part to play. Jesus worked through the hands of the disciples that day.

And he still does. This pattern of God working through people continues today. The Lord still wants to use us as his partners in his work-junior partner’s maybe-but partners never the less. The Apostle Paul says “You are God’s co-workers” (1. Corinthians 3:8) It is surely a great privilege-honour for us to be regarded by God as his co-workers.

That is why he challenged the disciples by saying, “You feed them”.  This showed two things.1. Their dependence on Jesus’ power. 2. It showed that God had an important part for them to play-to be involved.

Just before his Ascension Jesus gave them his commission-his instructions to go and make disciples- baptizing and teaching. And from the time of his Ascension, Jesus’ followers have carried on the work of the Lord. So each one of us likewise has an important part to play. A poem by a lady called Annie Johnson Flint sums the position well, “CHRIST HAS NO HANDS BUT OUR HANDS TO DO HIS WORK TODAY”. Do you agree?

Now I know that can sound a bit like bragging- as if God is absolutely dependent on us. And in a sense those words aren’t true. If we don’t act God will find some one else.

But this much is true. Our Lord has chosen people-people like you/me to carry out his work. And if God’s people fail then there is the possibility that God’s work may fail. But it won’t be God who has failed, but we who have let him down.

The Story of the Archangel Gabriel asking Jesus about his plans for the world to know of his love.

THEME: “ JESUS CAN A LOT WITH A LITTLE “

So what does that say to you?  I believe that Jesus is saying, “Come to me just as you are-ill-equipped-weak-fallible. Bring to me whatever you have-however little-however ordinary. And I will bless it and use it greatly in my service-in the work of my Kingdom.”  REMEMBER! “A LITTLE BECOMES A LOT IN THE HANDS OF JESUS”.

Prayer: Lord use me to accomplish your purpose in this world. Amen