Dear Heavenly Father, send your Holy Spirit on us so that we may keep watch for the coming of Jesus Christ our Lord. Amen. 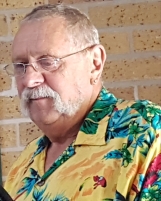 Or, have you noticed a number of new films coming soon? Boxing Day is traditionally when many blockbuster films open in cinemas around the country.

Or, have you noticed that the days are getting longer and warmer, and the agapanthus and jacarandas are flowering?

Or, have you noticed the Lord is coming, and how can you tell?

Well, you can tell by the signs.

Just like a television advertisement or movie trailer which changes scenes rapidly, today’s gospel reading, or rather Jesus through St Mark, is using a montage of pictures which advertise the Lord’s coming in a very contemporary way.

Try to imagine what he’s saying, picturing the signs:

The opening scene: Cosmic chaos! You watch the sun go dark; the moon goes black without the sun, the stars fall from their positions, and the heavenly authorities and powers are shaken from their foundations.

Change of scene: You see the Son of man coming on the clouds surrounded by the light of his glory. The angels whizz backwards and forwards to the ends of the earth, gathering all the chosen ones.

Change of scene: You see a fig tree at spring time, sprouting a new, green, tender shoot, advertising the coming summer; then you see a picture of the universe, and you’re disturbed to see everything, including the heavens and the earth disappear over time, yet you also notice the words spoken by God strangely remain unaffected by the ravages of time and don’t fade at all.

Change of scene: You see an alarm clock about to go off, but because it hasn’t got any hands to tell what time it will happen, no-one can figure out what time it will go off. You even see the Son of God go up and inspect it, but he too doesn’t know what time it’ll go off.

Change of scene: You watch a man going away on a journey, leaving his servants in charge of all his belongings. You see the doorkeeper of his property stand at watch. Time goes by and you notice the same doorkeeper at different times of the night and day still standing, still watching, still waiting.

Change of scene: everything is going dark, but as you see this, you notice more and more people falling asleep, and fewer staying awake. The scene ends with a word, strong and clear: Watch!

Like a richly colourful and startling advertisement, this montage of pictures creates a sense of anticipation.

In the church we anticipate and eagerly look forward to the coming of the Day of the Lord. This is what the Advent season is all about. Advent isn’t designed just to make us ready for Christmas, but to remind us and make us ready for Christ coming in his glory. And while we may not see the sun going black or see any stars fall, we know the moment of his return is getting nearer all the time.

But, we are not very good at keeping watch!

We aren’t very good at waiting because we want things NOW. We’re not even patient at watching sport. Many people prefer the quick action games like one-day cricket or 20-20 cricket to the slower battle of the tests. We also want our meals NOW, that’s why we have microwaves and fast food. We want to sing Christmas carols now and then by the time Christmas is here we are tired of them. We want to see the films now. We want the new products now so we can be first in our social circle to have the latest thing. We want to get better now rather than letting nature take its course. We want the highly paid positions now rather than working our way up the ladder. We want to get paid for our crops now. We want to receive the blessings of retirement now. We want to be wise now. Even emails and mobile phones demand our immediate attention.

But that’s not all! We’ve also become passive watchers. What once used to make our blood boil or cause us to cry, no longer affects us or moves us to action. Many of us were deeply affected when we first saw the terrorist attack on the World Trade Centre buildings or the Bali bombings on our television screens. But what about now? Terrible atrocities seem to be reported on every night in our news bulletins. What is our reaction? Not another terrorist attack that we are tired of hearing about. It also seems as the amount of violence increases on our TV screens, the less we notice it; we become conditioned to it. Violence and terror don’t move us to action the way it used to. The most we do is shake our heads and change the television channel to find something else more appealing.

Unfortunately this same attitude affects the church. For example, when the Word of God strikes deeply at our hearts, we might just consider it an “itch” and ignore it. When God urges repentance, we self-justify our actions and excuse ourselves from self-examination. When God announces peace, forgiveness, comfort and love, we simply shrug our shoulders as if nothing has happened.

Yet we are called to watch – actively and patiently. The Spirit calls us to action like a concierge standing watch. He calls us to have patience as we wait in constant anticipation.

But just like a scary movie, we might be afraid to watch. Some of us are afraid to look for the signs of the Lord’s coming, because it reminds us of our fragility, our feebleness, our weakness, or our sinfulness. Yet for those in Christ, watching for Jesus isn’t something to fear.

Even though some of the signs Jesus talks about may be scary to some, to Christians they’re something to look forward to. We look forward to them because we’re among the chosen ones!

Since we’re God’s chosen ones, even if the sun were to lose its light and energy, we’ve nothing to fear. Even if the stars were to fall from the sky, we can instead celebrate the coming of the Lord. Even when Jesus comes in glory and many shake with fear, we can clap our hands and cheer our victorious King.

We can do this because we’re among those he’ll gather up into his eternal kingdom. He’s already placed his name on us in baptism, claiming us to be his own. Therefore, confident of his love and faithfulness, we can constantly watch and look forward to his promised return.

This is the story of Advent. When Advent comes, we’re called to watch. We’re to watch ourselves and admit our impatience, our inaction and our laziness. We’re to repent of our busyness that has squeezed Jesus and his word out of our lives. We’re to repent of our sinfulness, but in such a manner that we don’t fear his anger, but instead we are confident of his mercy, compassion and forgiveness.

When Advent comes, we’re called to watch for Jesus. We’re to watch for the signs of his coming and listen to his Words of promise. We’re to look to Jesus who truly comes to us already, hidden in a child born in Bethlehem, hidden in the words of a sermon, hidden in water mixed with his holy name, and hidden with bread and wine that truly becomes his body and blood.

Just like an advertisement announcing the arrival of a film, product or celebration, Advent creates sense of anticipation. We anticipate that Jesus will return, for that’s what he said. Jesus doesn’t lie. His word remains true and valid today as the day he first promised.

As we stand and watch, clinging to God’s word, we’re assured that he’s not far off, but here with us, standing beside us patiently. In this way as we listen attentively, eat and drink eagerly, we’re assured that salvation is ours even now. So the peace of God, which surpasses all human understanding, guard our hearts and minds as we wait and watch for our coming Lord Christ Jesus. Amen.