There are at least two things which are of importance for understanding the background of the reading from the holy gospel of St John Chp.1, this morning; concerning John the Baptist.

First, there is the obvious historical question regarding John the Baptist. 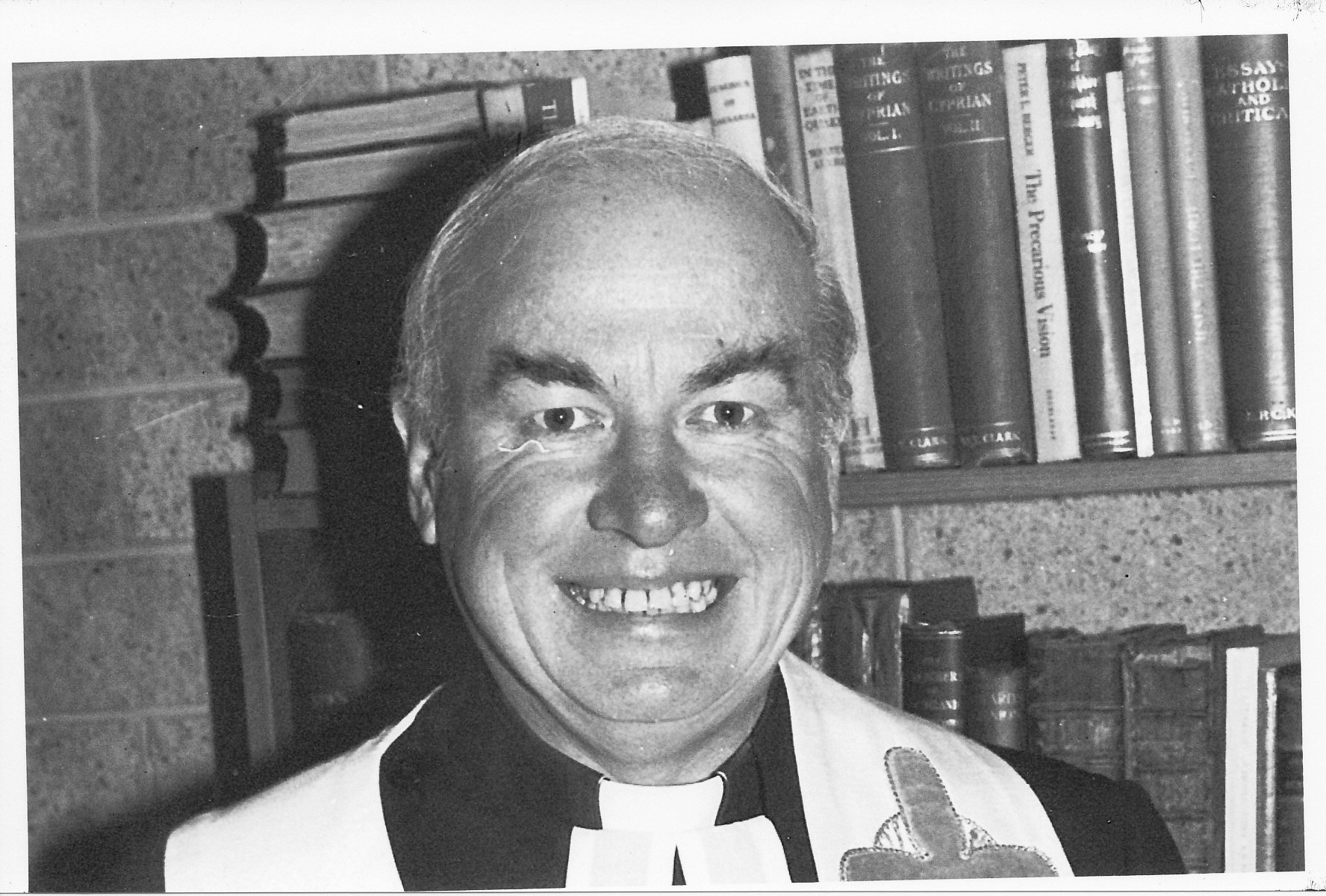 According to the gospels John’s mother Elizabeth was a cousin of Jesus mother Mary. Both had births signalled by an angelic emissary. In John’s case his mother’s conception of him is the occasion of his father being struck dumb. Zechariah, his father was released from his disability only after the birth of his son and his revelation that his son’s name would be John.

Second, John became an itinerant preacher like Jesus, a prophet, proclaiming the immanent coming of the expected Day of the Lord. God’s final judgment of Israel and the world. He therefore preached repentance to the people in the light of this coming great event. He gathered around him, like Jesus, a band of followers. We hear in this same first chapter of John (v35) that while he was standing with his disciples, he saw Jesus, and he said to them, ‘Behold the Lamb of God’.

Thirdly, related directly to the words of the lectionary reading for today, (Vs 6-8 and 19-28) there would appear to be, what some have seen as a self-conscious attempt by John the Evangelist, to emphasise an obvious great difference between the persons of Jesus and John. That John the Baptist was and is not the promised Messiah of Israel. This repeated emphasis is seen as evidence in the early church community, with whom John the Evangelist was familiar, that there were those who had a higher view of John’s person than that he was simply a forerunner, a witness of One who was to come. Here we see something not uncommon in early the churches, which St Paul addresses in his letters also; party spirit, one group or another holding quite differing views on important theological and ethical issues. On more than three occasions in this chapter the issue of John the Baptists identity and authority is raised. From three different perspectives it is emphatically made clear that John the Baptist is not the One who is to come and inaugurate God’s kingdom and reveal God’s judgment. Firstly, John himself says of Jesus, “This is He of whom I said’, He who comes after me ranks before me, for He was before me’.” (v15) Then there are two quite different discussions between John the Baptist and the Priests and Levites from the Jerusalem temple, and also a separate discussion with the Pharisees about his status. In both of these discussions the Baptist makes it clear that He is simply one pointing away from himself to Another who is to come, and on whose behalf, he has come simply as a witness, to bear testimony, as a “voice crying in the wilderness”. (v23)

The issue now is made clear: since the Baptist by his own confession is clearly not the light nor the one who is to come what is the purpose of his being there? It is to “bear witness to the light”. The Baptist is to testify to the Light. St John, the Evangelist, makes it clear what, or Who, is “the Light”. For this light is not the impersonal physical reality, composed of particles or waves called photons. This reality we know about, it is the basis of our understanding the world, including our sight, it is created light. Created light is one of the basic building blocks of all matter and its speed determines both the weight and mass of everything that exists in the material world, at least, according to Einstein.

But John the Baptist’s witness is not to this light but the Light of the world, the light which gives reality to the world and everything in it. The Uncreated Light of God’s very own being. The light of Him who was in the beginning with God and without whom nothing was made that was made. For as far as the Gospel writer is concerned this One who is Light was with God from and to all eternity and is of one essence with God. Thus, the Light to which the Baptist testifies is not a thing like a photon or wave of energy but a person. As Jesus later says of Himself, “I am the light of the world”. (Chp 8:12) As such John the Baptist testifies to the One who is the Light which lights up the reality of the world before God. Being Himself the uncreated light of God, He reveals the darkness that has come into the world of God’s creation that attempts to negate humanity’s being as created by God. But in Him human life has been irradiated by the uncreated light of God. As St John says, being the Uncreated Light of God Jesus is “the true light that enlightens every human person”. (v9) He overcomes the darkness that inhabits our lives as the One who in the beginning brought our life into existence from the dust of the earth and breathed into humans such that they became living beings. St Johns witness is that this One who in the beginning created all that was made now inhabits our creaturely being in such a manner that he turns our degraded being, having been grasped by the darkness, and wrestles it back to its true relationship to the light of its life in God. He does this not for His own sake, He never ceases to be the uncreated light of God, but this His act of self-humiliation is for our sake. It is we who are enlightened anew by His light so that we may come to believe and know the truth about ourselves before God through and in Him. John the Baptist’s testimony has as its purpose that ‘all may believe through Him”. (v 7)

It is for this reason that when we read St John’s account of the holy incarnation of God in Jesus Christ, we appear to enter a different world to that of the homely figures of Jesus and Mary, Joseph, the Shepherds and the Angels, of Stars and Wise men. Most people today, regard such images of Christmas as harmless tales of special relevance only for children, but of no real meaning for adult society except perhaps to the GDP figures related to retail spending.

This state of affairs prompts the question why Christians believe in and practise Christian faith in today’s environment of nearly universal unbelief. The answer is simple: because they believe Christianity is actually true and that this is the only reasonable basis for any serious commitment to the Christian faith. Now it is St. John’s account of the incarnation, the birth of Jesus that raises this question starkly for us. John places the incarnation in the context of what is understood to be the reality of the human condition. That is life as lived in this world here and now.

St John speaks to us from the situation in which he sees our human condition as enlightened by the advent, the coming, of the Son of God into the world. It is a world which is alienated from the source of its life, living in darkness, subject to the thraldom of death. He speaks of a battle between light and darkness and of darkness not overcoming the light. If we feel this version of reality into which the Son of God comes, according to St John, is irrelevant to us and our more mature tastes; that we are people of good intentions and do not feel alienated from one another and are not alienated from God; that we live in a world that will progress in time to an earthly utopia. Do we feel like this? Do we believe that? Does it describe who we are? If it does then we must say that God’s strange journey into the world in such an unheard of manner, as depicted here by St John, was and is for no purpose; it is in fact irrelevant to us.

But what if what St John says is true? Then irrespective of what we may feel about ourselves we must consider the fact that we are the ones for whom the eternal Son of God, the One who is with the Father from all eternity, God’s word, the Revealer of God’s uncreated Light, undertook God’s strange journey into the darkness of our world for our sake. His light reveals the truth about our untruth. For He undertook his strange journey into a world that is alienated from God and living in our darkness to be for us God’s eternal light and Truth. Thus, we must think that such an act of extravagance by Him who is the Light of God was and is, from God’s point of view, necessary. And if this is so we must accept as true for us St John’s statement in verse 16 of the first chapter from which we read. Verse 16 says, “And from his fullness have we all received, grace upon grace”.

These words tell us the outcome of that history of creation and reconciliation which St John narrates from verses 1-15 and of which the Word of God is the Subject. The Word who was in the beginning and through whom all things came to be that was created, who became flesh and revealed the Father’s light and glory, it is of this Word that St. John says “we have all received grace upon grace”.

The meaning of these words is not that grace is divided up into different sorts of grace, but that at every point we are to understand that humans’ relationship to God in both their creation and their reconciliation with God and each other is established and continued by the grace of the Word. That both the gift and the receiving of the gift, the act of creation and our being created; the act of God’s self-revelation and our reconciliation; the believing in and the receiving of the gift in faith is the work of the Word. So it is that of His fullness we have received grace upon grace.

Of this fullness Martin Luther says, “As the sun is not darkened by the fact that the whole world enjoys its light, as a thousand lights can be lit from one light and this would not affect the first light, so Christ our Lord is an endless spring and fountain of all grace, truth and righteousness, having neither measure, end or source, so that even though the whole world draw enough grace and truth from Him for all to become angels, yet he would not lose a single drop”.

In St. John’s terms “from His fullness” means that Christ is not only the giver of our life before God and each other as created by and reconciled in Him with the Father and the Spirit: He is the gift as well. It is Christ Himself the giver and the gift we now celebrate in this holy sacrament. We then know the true miracle of Christmas.