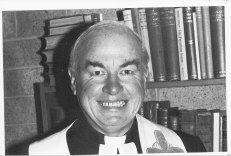 Israel and the Apostle’s history: the destruction of the second Jewish Temple and the coming to faith of the Apostles in the fulfilment of the Jewish people’s history in Israel’s Messiah the Lord Jesus the Christ.

Firstly the 20th chapter of Exodus relates the well-known account of God’s giving the tablets of the Law on Mt Sinai to Moses as the sign of the bond between God and God’s people Israel. This event formed the foundation of God’s covenant with Israel. But of course, this event is subsequent to the great deliverance by God of Israel from 400 years of slavery in Egypt through the Passover of the Angel of Death. In this event whereby, under the instruction of Moses, the Israelites were to put the blood of a sacrificial lamb on the door posts of their houses as a sign through which they would be delivered from the terrible  consequences of the Angel of Death’s visitation on the first born of their Egyptian captors. The ensemble of these events became known as the Exodus of Israel from Egypt under the leadership of Moses and is celebrated in the yearly memorial liturgy of the Passover. It is to this annual event that in St John 2 Jesus is said to have come up from Capernaum to attend in Jerusalem.

The gospel also tells us when he arrived at the Temple forecourt, he found traders selling various kinds of animals and birds used in the liturgical celebration of the Passover. Now these traders were providing a legitimate service for the worshippers who were celebrating the Passover. Since the Jewish authorities would not allow the Gentile coins, with the deified image of the Emperor stamped on them, to be used in the purchase of the temple offerings. So, the traders supplied, by means of exchange, the alternative kosher coinage to buy the required sacrificial offerings.

This business, legitimised by the Temple authorities, is disrupted by Jesus’ action. Overturning the money changers tables and driving out the animals from the Temple forecourt. Of course, the Jewish authorities were not pleased and asked Jesus by what authority was he acting to disrupt the accepted order of Passover celebration. Jesus action was not as many have described it an anti-capitalist act, designed to demonstrate Jesus’ affinity with the downtrodden poor and show his social justice credentials. No, Jesus action indicates a far deeper issue. His action indicates that the whole system of Temple sacrifice as a method of dealing with Israel’s relationship with God is at an end. Temple worship as the means of God’s forgiveness and reconciliation for His people is about to end.

The Passover, while it was the reason for Jesús presence in Jerusalem, was not the only important focus of the Jews worship of God. The existence of the Temple itself was at stake, in Jesus action. It is Temple worship itself that Jesus action indicates is ending. In response to the Jews enquiry as to Jesus authority for taking such violent action against the traders, He says, “Destroy this Temple, and in three days I will raise it up”. (John Chp. 2:19)

What sort of answer is this? The Jews ask the perfectly logical question; How is this possible? Since it took 46 years to build the Temple? The disciples are no less puzzled. They only come to know later after the resurrection what meaning Jesus statement had at that time.

Well, what is the meaning? To understand we must see what Temple worship was and why it existed at all in Israel. We have already indicated how in Exodus 20, today’s reading from the OT, God gave the Law on the tablets of stone to Moses as a sign of the covenanted relationship established with Israel by means of their Exodus from Egypt on the night of the Passover. But we seldom read Exodus 34 where God renews the covenant with Israel because Israel broke the first covenant. For as Moses descended from Mt Sinai with the first tablets of the Law Israel was down below with Aaron worshipping an idol, the Golden Calf or Bull. (The Bull being an expression of power and sexual promiscuity) When Moses heard the noise of music and dancing and saw what was happening, he smashed the tablets of the covenant in pieces and ordered a slaughter of the idolators. Moses is distraught with grief at the broken covenant and pleads with God to take his life in place of what remains of idolatrous Israel. But God mercifully renews the covenant with Israel with new tablets of stone given by God: and a regime of forgiveness for Israelis put in place. Initially this arrangement was the tent of meeting in which God met with Moses and then a tabernacle and ark in which the tablets of the Law were kept. This original system of consultation between God and Israel through the mediation of Moses was superseded in Israel’s history by Solomon’s temple in which the descendants of Aaron became priests offering sacrifice for the people as they confessed their sins. This system expanded and became more elaborate over time, but  essentially it expressed how God and Israel maintained the covenant in the midst of their sin and rebellion against God. The great festival of forgiveness and reconciliation between God and sinful Israel was called Yom Kippur, the Day of Atonement. It happened annually (some might remember that it was on Yom Kippur 1973 that Egypt attacked Israel in an attempt to reclaim land lost in the initial 1967 war.) This was an opportune time for Egypt to start a war with Israel. For on Yom Kippur everything came to a standstill, no one worked, it was such a solemn day. On this day the High Priest would take two animals, usually goats or  bulls, slaughtering one of them since God required a blood sacrifice  to atone for sin.

(As we are told in Leviticus 17:11, “For the life of the creature is in the blood, and I have given it to you on the altar to make atonement for your lives – for it is the blood that makes atonement because of the life”. This is restated again in Hebrews 9:22, “And nearly everything is purified in blood according to the Torah, and apart from the shedding of blood there is no forgiveness”.)

But the other animal, the scapegoat, the priest set free. This was a sign of the forgiveness through blood sacrifice, since the scapegoat on whom the Priest laid the sins of the people was driven into the wilderness, symbolising the life of the sinner lived before God. The High Priest would then take the blood of sacrifice and with the emblems representing the 12 tribes of Israel displayed on his vestments, and on this one day of the year  go in behind the curtain of the temple into the Holy of Holies, the very presence of God. There he would sprinkle or daub the blood of sacrifice on the Mercy Seat  made of gold situated on top of the ark of the covenant. He would then come out to face the people and with his arms raised pronounce upon them the Aaronic blessing.

“The Lord bless and keep you the Lord make His face shine upon you and be gracious to you” (Numbers Chapter 6:22-27)

The liturgy of the Day of Atonement, the very reason for temple worship, had its origins in Israel’s sin against God at Mt Sinai, this act of rebellion has  haunted Israel’s memory throughout the generations. Both kinds of sacrifice, blood sacrifice of one goat and the laying of the sin of the people on the scapegoat which was driven into the wasteland of the wilderness to exist in a kind of nonexistence before God. In both these images the people saw themselves on the one hand as guilty and on the other as preserved in their guilt by God’s mercy. The function of the liturgy was to bear witness to the fact that the holy and living God could not be approached apart from an act of atonement and reconciliation. The liturgy as laid down by God’s command, showed that the ultimate ground of Israel’s reconciliation with God lay deep in the mystery of God’s own being and will. The rich pattern of the liturgy gave the worshippers something to lay hold of even though it pointed far beyond what they could grasp. For it witnessed to what God alone could do and would do for His people.

“ he would be cut off from the land of the living, yet he bore our sufferings and was pierced for our transgressions. He made Himself a sacrifice for sin, for the Lord laid on Him the guilt of us all”.

In an incomprehensible reversal of all righteous and pious thinking, God declares himself guilty to the world and thereby extinguishes the guilt of the world. God himself takes the humiliating path of reconciliation and thereby sets the world free. God wants to be guilty of our guilt and takes upon himself the punishment and suffering that this guilt brought to us. God stands in for godlessness, love stands in for hate, the Holy One for the sinner. Now there is no longer any godlessness, any hate, any sin that God has not taken upon himself, suffered, and atoned. Now there is no more a world that is not reconciled with God and in peace. That is what God did in his beloved Son Jesus Christ. We see in Jesus, the incarnate God, the unfathomable mystery of the love of God for the world. God loves the world—not ideal human beings but people as they are, not an ideal world but the real world.

This is what the disciples saw and believed and proclaimed to the world this side of the resurrection of Jesus from the dead. What they saw and believed, what they proclaimed was always in the framework of the history of the Israel and their relationship with God. For the Body of which Jesus spoke is His own Body delivered up to death for our sake but raised on the third day to be forever the One through whom our relationship to the Father is mediated by His word and the sacrament of His body and blood. In this mystery is the mystery of God for us: His unfathomable goodness and faithfulness to Israel and through Israel to and for us.

18 The Jews then responded to him, “What sign can you show us to prove your authority to do all this? Jesus answered them, “Destroy this temple, and I will raise it again in three days”…. When he was raised from the dead, his disciples recalled what he had said. Then they believed the scripture and the words that Jesus had spoken. (St John 2:18-22)